Former Inter Milan president and owner Massimo Moratti believes the Nerazzurri’s hopes of winning the title next season may depend on Lautaro Martinez. The San Siro outfit have been at the top of the table for a number of weeks this term but a title pursuit appears unlikely, having dropped off the pace during the backend of the campaign. 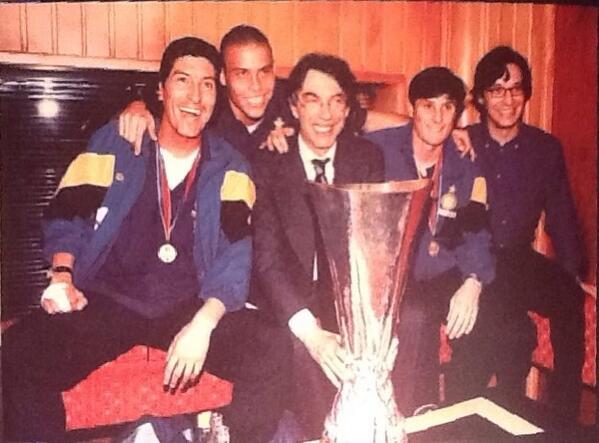 The Nerazzurri are currently nine points behind league leaders Juventus with a game in hand. Realistically, they can catch the Bianconeri with another 13 matches remaining in the season but they also face the competition from Lazio, who are just one point behind the table toppers. Speaking to Cadena Ser, Moratti ruled out the Nerazzurri’s chances of winning the Scudetto this term and added that they may need to keep hold of Martinez next season to make a stronger challenge for the title, he told: “Can Inter win the title next year? It will depend on whether Inter will lose a player like Lautaro Martinez or not. If they do, they will have to sign a great striker to win the title.”

Meanwhile, he was asked to compare Martinez and Samuel Eto’o.In response, he said that there are two different players and Eto’o exceeded the expectations during his time at the club, he added: “They are two different players. I will always defend Eto’o because he won everything and because he behaved in a fantastic way with me. He changed Inter, gave the team strength and peace of mind. He contributed much more than I expected. Lautaro is an excellent striker who will do great things in his career. Now I think he will focus on Inter, he is a very serious guy.”

The Nerazzurri were in a poor run of form before the coronavirus shutdown where they suffered back-to-back defeats to Lazio and Juventus. That has dampened their title pursuit but manager Antonio Conte will be hoping that his team make a strong response when the Serie A season resumes later this month.