Ronaldo was returning back to the starting lineup after missing out on the midweek Champions League game due to a suspension. He also managed to score for the first time since the infamous rape allegations against him have been opened up. END_OF_DOCUMENT_TOKEN_TO_BE_REPLACED

AS Roma striker Edin Dzeko is pleased to have played an influential role in his side’s progress to the semi-final stage of the Champions League. The Giallorossi clinched a shock 3-0 win over Barcelona in the second leg of their quarter-final tie, and this ensured their progress to the final four of the elite competition on the away-goal rule.

Speaking after the game, the Bosnian was happy to have snubbed a move to Chelsea during the winter transfer window in order to prolong his stay in Rome, he said: “It wasn’t easy, but I stayed here and am very happy to be here. I think the club is glad, too. Let’s not talk about [the move]. Money doesn’t matter. This was the best, but even better may well be yet to come. It proved we can play against anyone, as Barcelona are such a strong side. We put three goals past them and could have had more. I have never seen Barcelona struggle so much. We pressed them constantly from the first minute.” END_OF_DOCUMENT_TOKEN_TO_BE_REPLACED

AC Milan sporting director Massimiliano Mirabelli has dismissed suggestions that the Rossoneri are considering the position of Vincenzo Montella. Recent speculation suggested that the Italian could be dismissed from his head coach role with Gennaro Gattuso likely to take charge under the end of the season.

However, following Milan’s 2-0 triumph over Sassuolo, Mirabelli insisted that Montella is secure in his position, although the Rossoneri would have preferred a much stronger start to the season, he told Mediaset, “Believe it or not, these are things which are only part of your world; they are journalistic creations. We are involved in a league season and we’re not looking at what’s going on elsewhere.”
END_OF_DOCUMENT_TOKEN_TO_BE_REPLACED

As the inquest into Italy’s failure to make the World Cup for the first time since 1958 continues, former AC Milan supremo Silvio Berlusconi has gone against the more common theory that the growing number of overseas players in the Italian game is to blame.

Their exit from the finals has dominated Italian news since the evenings itself and many reasons have been bandied about and there have been suggestions that a result of their failure would be to cap the number on non-Italians being allowed to play in Serie A.
END_OF_DOCUMENT_TOKEN_TO_BE_REPLACED

AC Milan sporting director Massimiliano Mirabelli has revealed that Pierre-Emerick Aubameyang could not secure his return to San Siro as Borussia Dortmund were not keen on his sale. 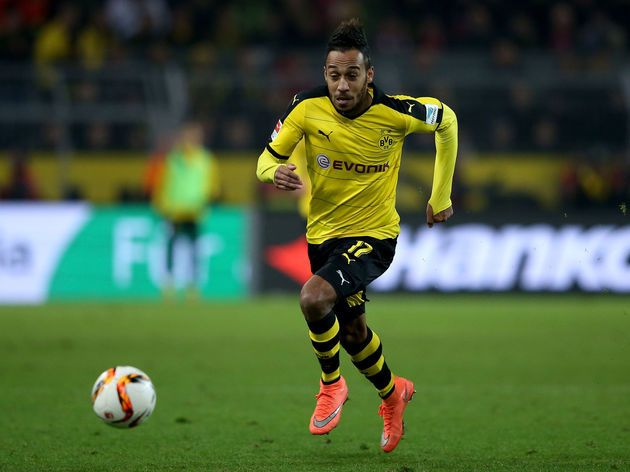 The Rossoneri spent over €230 million on 11 players over the summer with most of their business done prior to the new season.

Aubameyang had been keen on making a return to the Rossoneri, where he began his professional career, but Borussia Dortmund took him off the transfer market accusing the San Siro outfit of showing a lack of respect.

Speaking in a Facebook live session on the club’s official page, Mirabelli confirmed that the Gabon international had wanted to return to the Rossoneri, but Borussia Dortmund ‘struggled to allow him to leave’, he said: “He’s a great player and he wanted to come to Milan, but there are some weddings which you just can’t arrange. Dortmund struggled to allow him to leave and that is what happened, but he is still a great player.” END_OF_DOCUMENT_TOKEN_TO_BE_REPLACED

AC Milan general manager Marco Fassone has hinted that the club nearly managed to land Zlatan Ibrahimovic, and hadn’t finished in the transfer market despite their spending spree which saw them recruit as many as 10 players to their ranks. The Rossoneri have recruited two strikers in their squad this summer with Andre Silva and Fabio Borini having arrived from Porto and Sunderland respectively – the latter on a season-long loan.

Despite this, the Milan outfit were reportedly still in the search for further reinforcements with a world-class striker being a top priority before the transfer deadline. Speaking to Mediaset, Fossune admitted that the club were monitoring their targets for the moment, and wouldn’t not rule out a move for the likes of Radamel Falcao and Zlatan Ibrahimovic. END_OF_DOCUMENT_TOKEN_TO_BE_REPLACED

Super-agent Mino Raiola has admitted that he does not know how to solve M’Baye Niang’s situation after the Frenchman snubbed the chance to join Spartak Moscow.

The former France youth international has been heavily tipped to leave AC Milan during this summer’s transfer window, although the forward would prefer staying put at San Siro.

Speaking to Sky Italia, Raiola, who has previously represented Niang, admitted that the attacker is not the right frame of mind to pursue a new challenge, he said: “Montella said he didn’t train because his head wasn’t right. There’s a medical certificate which says his head isn’t right. So Montella is correct. How do we resolve the situation? I don’t know, we need to work to find a solution which benefits everyone. Russia? For now the lad doesn’t want to go and I think you have to respect his choice, just as you have to respect a choice to stay.” END_OF_DOCUMENT_TOKEN_TO_BE_REPLACED There are reports that Conte is looking at getting the player this summer after all the speculations have died down. Conte is believed to be a fan of the player and he hopes Napoli take the €60 million he values the 25-year old. In his three year stay, Koulibaly had played 119 games, scoring three times. END_OF_DOCUMENT_TOKEN_TO_BE_REPLACED

Serie A giants Inter Milan have reportedly given Jose Mourinho and his Manchester United team a deadline if they seriously want to go ahead with the deal for winger Ivan Perisic. The Croatian is a key player for Inter but he seems to have taken interest in United’s inquiry into him.

Inter want the Red Devils to wrap up the deal over the weekend so by July 1 it would be done, reports claim. For the sake of Financial Fair Play, the club needs £26 million to balance its books. They have given United the deadline to move ahead with the deal as Old Trafford seemed to have slowed down the deal. END_OF_DOCUMENT_TOKEN_TO_BE_REPLACED 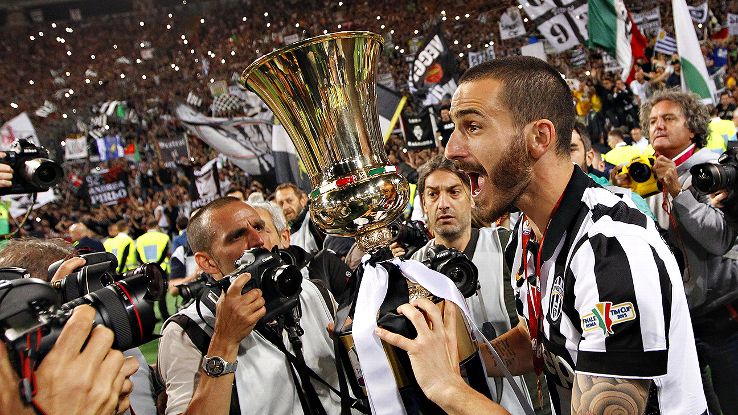 Juve had Neto in goal as he stood in for Gianlugi Buffon all through the tournament. Neto denied Felipe Anderson and Ciro Immobile to keep the scoreline in their favour. END_OF_DOCUMENT_TOKEN_TO_BE_REPLACED